Are you getting trouble Opening MonoDevelop? Why Unity MonoDevelop Not Opening in Mac?

According to the latest news from Unity, they have Replaced MonoDevelop-Unity with Visual Studio Community starting in Unity 2018.1

There will be no longer support provided by Unity from MonoDevelop.

Following changes are going to be major changes: 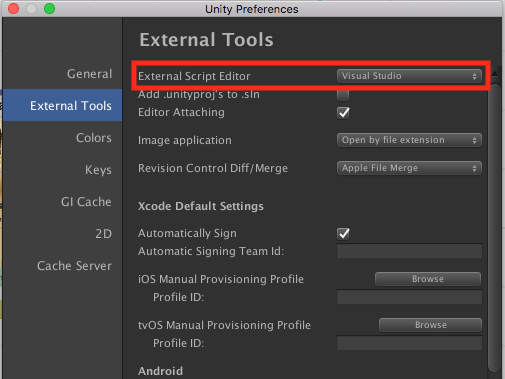 The following also have to be installed for C# code editing and Unity C# debugging support.

Unity also supports opening scripts in JetBrains Rider by selecting as an external script editor in the preferences.
Rider supports all the latest C# 6.0 features as well C# debugging on the .NET 4.6 scripting runtime in Unity. It is built-in on top of ReSharper and includes most of its features. See Rider. Cross-platform IDE for Unity for details.

I hope you find this blog helpful while troubleshooting Unity MonoDevelop Not Opening Issue. Contact us if you have any questions.

I am skilled game developer, working in iOS (Objective C and cocos2D) and Unity3D (cross-platform compatibility) game development for 6 years and love this. My passion for games has made me self-motivated who always strives to improve my work. Perfection and optimization are what I am focused on. View all posts by Shweta Jobanputra